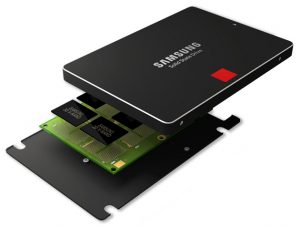 Samsung SSD drive provides a faster and safer solution for data storage and transferring. This emerging storage technology also ensures a lower rate of failure than other types of storage media. But like other form of data storage, these advanced drives also fail.

Many people assume that Samsung SSD drives cannot crash or other data loss issues generally associated with traditional hard drives. Solid State Drives (SSDs) store data in flash memory chips. They don’t have any moving components but there are a number of sensitive electronic components in the SSD that can get damaged and get failed for a variety of reasons. Data loss can happen due to physical damage to the flash memory chips and how the data is logically stored on the SSD. Some common Samsung SSD failures include:

A SSD accesses data using NAND flash memory and has no mechanical moving parts unlike hard drives, so they are more durable. SSD’s are less prone to physical shock & water damage and are commonly used in tablets, smartphones and increasingly in desktops and laptops.

There are mainly 2 different interfaces for data transfer (PCIe and SATA), 2 different protocols (NVMe and AHCI), and 4 physical connectors (SATA, M.2, PCIe and mSATA). Now let’s have a quick breakdown of the terminology. 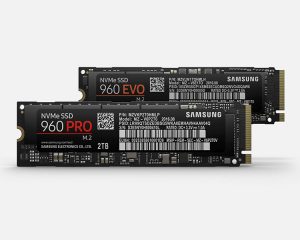 Have your Samsung SSD Data Recovered with Data doctor

SSD recovery is very different from a hard drive recovery and requires different tools. This means it needs a specialized process to recover deleted or corrupt files. So, if your SSD drive loses data, immediately turn off your device and call a data recovery company with extensive experience on flash drive recovery to avoid further data loss and damage.

Do not attempt a recovery data procedure on your own as this could result in permanent data loss.

Data Recovery services for All SSDs