RAID Server Data Recovery: What can go wrong with a RAID system and how to recover the data?

RAID server data recovery: What can go wrong with a RAID system?

RAID, also called Redundant Array of Independent Disks, is the name given to the way data is distributed on a storage unit made up of several drives. As recovery specialists in London, we encounter, on a daily basis, many situations of RAID server data. 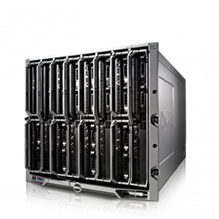 RAID server data recovery can be complex. Make sure you leave it in the hands of specialists who can help you retrieve your lost data

It is a system of storage using multiple hard drives put together into a single unit in order to provide better reliability, performance and security of the data. The data is distributed across the drives which gives additional protection against single hard drive failures, bad sectors and errors which happen unexpectedly. RAID configurations don’t protect users from malware, software issues, human errors, liquid damage or catastrophic damage such as a fire. This means that even if you have a RAID server configuration, you still need to do proper back-ups on a regular basis.

At the beginning, RAID systems were designed with five standard levels with the word RAID followed by 0, 1, 2, 3, 4 or 5. Today, you will find RAID 6 system with the most common configurations including RAID 0, RAID 1, RAID 5, RAID 6 and RAID 10.

RAID 0 is described as block level striping without mirroring or parity. The system distributes the data equally across the hard drives. As a consequence, if one of the drives fails, the whole system will fail and the RAID server data recovery will be more complex. It needs a minimum of two drives to function.

In RAID 1 configurations, also described as mirroring without striping or parity, the data is written, as on a mirror, to two drives at the same time. When trying to access the data, it’s the first drive that responds that will answer the call. The configuration will carry on working even if one drive fails with only one drive functioning. It needs a minimum of two drives to function.

RAID 2 is described as bit-level striping with Hamming code for correcting errors (it can detect up to two-bit errors or correct one-bit errors). This configuration is extremely rare these days and isn’t used on commercial systems any longer. This configuration doesn’t work with block level like the other configurations but with bit (binary digit which is a basic unit of information that can only have two values, 0 or 1. ) stored on the digital storage units making up the RAID configuration. It needs a minimum of three drives to function.

RAID 3 is also rarely used, apart for video editing that needs high level of data transfer. It was replaced by RAID 5. It is described as byte-level striping with dedicated parity. It needs a minimum of three drives to function.

RAID 5 is described as block-level striping with distributed parity. On RAID 5 configurations, the information is distributed between the drives and it requires three to function. If one of the drives fail, data won’t be lost. RAID 5 is encountering a number of system failures because of increased rebuild time which causes errors when the capacity of the drive has increased too much and exceeds the speed of data transfer. It needs a minimum of three drives to function.

RAID 6 configurations are similar to RAID 5 ones with the addition of a second parity block. It needs a minimum of four drives to function.

It is important to understand the way RAID systems work as they are used extensively for server set up. Understanding how they work will help avoid human errors resulting in data loss and the necessity to carry out a RAID server data recovery.

Servers have a number of uses and can include different types including proxy servers, mail servers for email purposes, web servers for HTML pages, application servers for application programmes, virtual servers, file servers, policy servers or blade servers. Servers process user requests and pass on data to other computers on the network. In cases of server failures, time is often of the essence and making sure the issue is looked at by a professional is essential to avoid dramatic data loss.

There can be different reasons for being unable to access the data stored on a RAID server. Error messages usually appear and can include the following:

Data loss situations can be divided into two types, physical issues when one or more of the drives are not working and logical failures when the hard drives are all working properly but the issues lays with the file system.Physical issues with RAID

When a software or logical issue appears on a RAID configuration, this means that all the drives are working but the data stored on the RAID cannot be accessed. This is due to a damage to the file system. File systems can become damaged when one of the following situations happens:

When you experience a physical issue with a RAID system, this means that one of the hard drives inside the server unit is not working as it should. Hard drive failures happen for a variety of reasons. You can become more familiar with the reasons why and the situation of failures by reading some data recovery articles on this website and on this blog.

Hard drive physical failures on RAID mean that one of the hard drives part of the disk array is failing. It can also mean that the server can’t rebuild a faulty hard drive. Lastly, it could be that one or more hard drives are blocked and can’t be configured.

Retrieving unaccessible data from a RAID can be a complex operation. The data is stored on more than one drive, whether the disk failure is physical or logical. Issues can happen on RAID array operating with Windows and those operating with Mac. What is important to keep in mind is that you should always have a back up of the data, no matter how secure you think your RAID is. Another important fact to keep in mind is that there are many expensive software designed to help recover lost data from RAID server. Using these software require good knowledge about RAID. Some can do more harm than good. And they can potentially make the RAID server data recovery impossible if given to a professional afterwards.

Ideally, in cases of RAID failures, the first step would be to contact the manufacturer or look at their website. This will allow to check whether there is a common fault associated with the problem or whether they would be able to recommend a manipulation that could easily fix the problem. If using a high quality software doesn’t help and if the manufacturer of the RAID server is unable to help, you can get in touch with our team of RAID server data recovery specialists based in London. We recover data from all the brands of RAID servers including Dell, HP, Lenovo, Fujitsu and Asus.